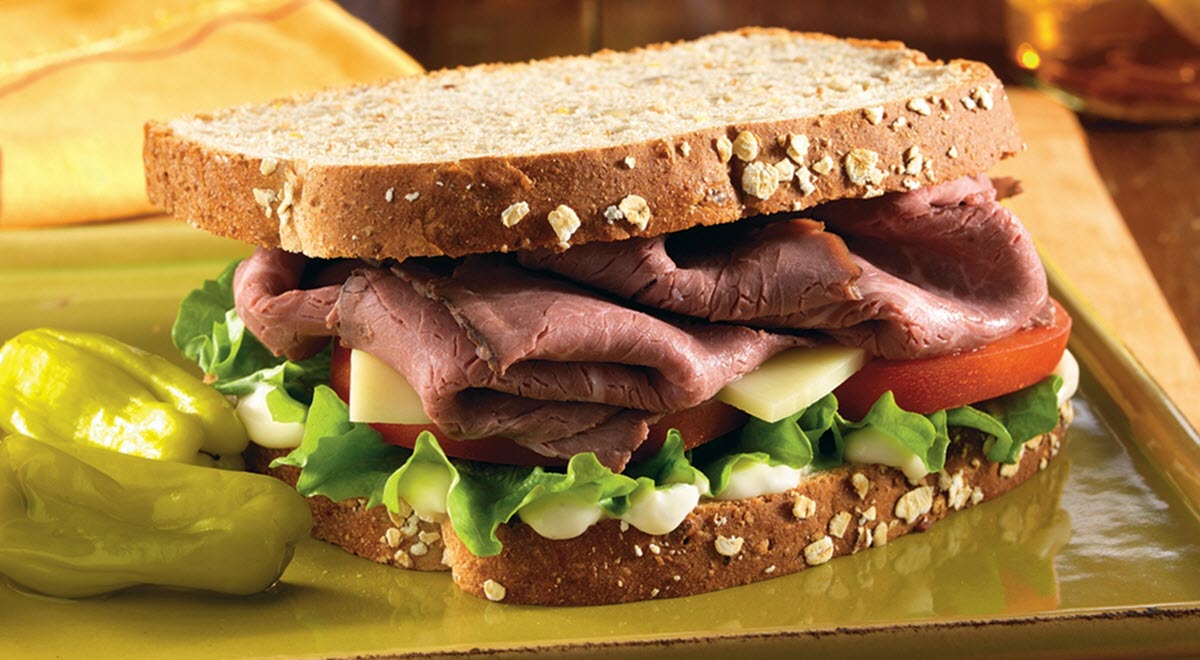 The sandwich was named after its alleged inventor, John Montagu, 4th Earl of Sandwich, a British stateman and avid gambler who lived in 1718 – 1792.

It should be noted however that the basic concept of putting one or more items of food on top of a piece of bread is much older than the 18th century and is known from many different cultures worldwide. Thick slabs of coarse bread were for instance used as plates in many parts of Medieval Europe. A person with plenty of resources would only eat the filling, before graciously donating the now drenched bread to a dog or a poor person. For people of more modest means, eating both the filling and the bread was the norm.

Even after the use of coarse bread as a dining plate fell out of fashion, the Europeans – including the English speakers – kept eating bread with a topping. Before the term sandwich entered the English language, a slice of bread with meat or cheese on top was simply called for what it was. The phrases “bread and meat” and “bread and cheese” can, for instance, be found in English drama manuscripts from the 16th and 17th century.

The first written usage of the English word sandwich to denote a type of food is from Edward Gibbons (1737-1794) journal, where he refers to bits of cold meat as a Sandwich.

The exact circumstances of how this food became named after the Earl of Sandwich is subject to debate, but the contemporary travel book “Tour to London” by the French writer Pierre-Jean Grosley (1718-1785) claims that meat between two slices of bread sustained Lord Sandwich when he didn’t want to leave the gambling table.

The perfect food when gambling

The most widely cited version of events is the one where Lord Sandwich, an avid cribbage player, makes a habit out of ordering his servants to bring him slices of meat between two slices of bread to the card table, since this dish was easy to devour without having to take a break during long playing sessions and could be held without getting ones hands greasy (thus preventing grease from transfering to the cards). Other people – including his fellow gamblers – took note, and soon they began ordering “The same as Lord Sandwich!” Eventually, meat between two slices of bread thus became known as “a sandwich” in England.

I can not say for sure if this story is true but I think it is.  A Sandwich is a perfect meal to eat when gambling at a casino table or in an online casino.  It allows your fingers to remain clean and the sandwich can be prepared in advance so it is ready when you want it.  I feel inspired by Lord Sandwich and always have a sandwich when I gamble online.  I prepare a sandwich, place it on the desk beside me and login to my Slotocash casino account to start playing my favorite games.  It is very easy to see how Lord Sandwich contemporaries would feel the same and start ordering a “Sandwich”  while gambling.   It would not take very long for it to be a well know terms in the establishments where Lord Sandwich played and it is easy to see gamblers using the same term when they wanted to get a “sandwich” in a new casino hence spreading the term.

Naturally, the sandwich was initially perceived only as a food that men ate while gambling. From there, it eventually developed into a socially acceptable late-night meal among the aristocracy.

Recipe for a sandwich with cold meat